MERCILESS ATTACK - Back to Violence CD 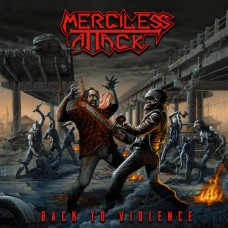 EBM records presents the 39th offering of the "Thrash is Back" Series.

Merciless Attack is raw, pure and vicious Thrash Metal.
Their sound captures perfectly that 80's underground aurea that characterized
many of the early and now cult classic Thrash Metal albums !!

No technical nor melodic passages, only a barrage of violence from start to finish.

if you are eager for speed and aggression then this album is absolutely mandatory!!
666% recommended for fans of early Sacrifice, Aggression, Recipients of Death, Razor and Slayer.