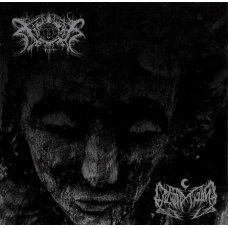 A CD reissue of this collaborative album split between black metal giants LEVIATHAN and XASTHUR. Originally released on vinyl by Profound Lore in 2004, the album quickly sold out and as been lusted after ever since. CD version includes bonus tracks from each artist that were not included on the original LP version

INQUISITION - Into the infernal regions of the ancien cult DIGI CD
$18.00
Add to Cart