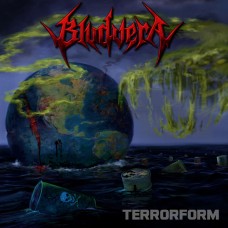 0 reviews  |  Write a review
Share
Description Reviews (0) Related Products (50)
EBM records presents the 18th offering of the "Thrash is Back" Series.
This is thrash metal at its purest and truest, one of the most genuine-sounding bands to emerge from the new thrash metal wave.
BLUDVERA's debut album proves the early potential they showed has been fulfilled, and more than justifies the increasingly strong fanbase they've built throughout England.
The band is set to conquer the world with their old school and aggressive balls-to-the-wall thrashing metal madness!
100% mandatory for those into Exodus, Bonded By Blood, Fueled By Fire and Merciless Death.