NIGHTMARE - About to Explode CD 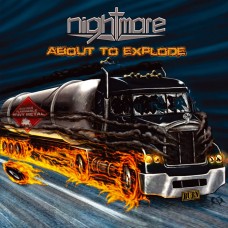 Brand: EBM Records (The Thrash is Back Series)
Product Code: EBM052
Availability: Out Of Stock
Price: $10.00

0 reviews  |  Write a review
Share
Description Reviews (0) Related Products (33)
EBM records presents the 24th offering of the "Thrash is Back" Series.
Coming from Antioquia, Colombia, and with already 3 albums available in their Discography , NIGHTMARE has reached such a level to be considered one of the most important Metal acts in the current Southamerican Metal Scene.
"About to Explode" was first released in 2010 by Dirty Sound Records for a Local distribution. The result was an absolute Masterpiece of Skull Crushing Old School Heavy Metal !.
We are really excited to be able to re-release this amazing Metal Gem to the worldwide market, so get ready, this is pure and raging Southamerican Heavy Metal at its best !!